I’ve begun collecting possible texts and articles for my major unit for next semester in my Introduction to Rhetoric & Composition class. My unit on the torture debate/controversy in the U.S., using J.M. Coetzee’s Waiting for the Barbarians, was the most successful unit I have done so far, so I’m pushing it even further next year. 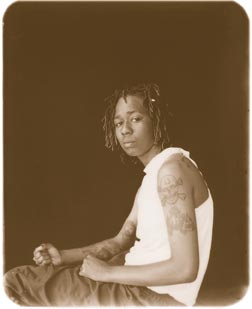 Thanks to C.D. Wright for convincing me to focus on the prison industrial complex as a way into race issues in America generally. Her long poem One Big Self [read an excerpt] will be one of several major texts for the unit. I’m going to try and find several other texts in various media (literature, film, music, interviews, photography, essays) to give as effective look into the situation as possible from multiple angles.

In an initial google search on the topic, I came across this grassroots organization that takes on this very issue, Critical Resistance. I would like to find more groups like this, or that write press releases on the situation in American prisons.

I really want my students to become of aware of the major problems going on inside the U.S., especially as they will not hear about from in the major media outlets. There is real disparity between the races in this country, and there is racism embedded in the structures of our communities as embodied in law enforcement and the prison system (and all stops between). If they can learn this one thing, what else might they be more open to seeing going on all around them?